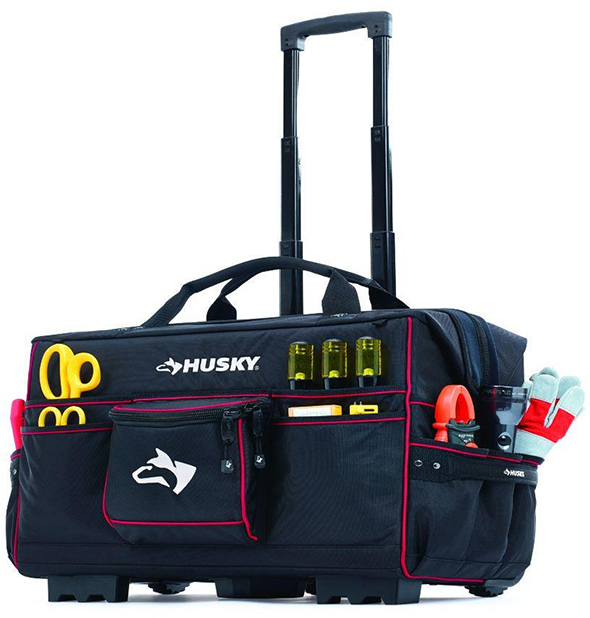 Husky’s 22-inch rolling bag is quite possibly the largest tool bag I have ever seen. I’ve had a test sample rolling around here for some time (thanks Home Depot!), and there’s a lot I learned about it.

I should also point out that these are all Home Depot/Husky’s photos. I couldn’t easily photograph the massive tool bag, so I used their images.

This is a tool bag you roll around with purpose. If you don’t need a carries-everything tool bag, buy something else, something smaller. But if you need a huge capacity tool bag, you should definitely give this one some attention.

Yes, it’s heavy, and yes it’s a drag to carry up or down stairs, even when empty. But considering how much a plastic or metal tool box would weigh, the Husky’s weight is easily justified. 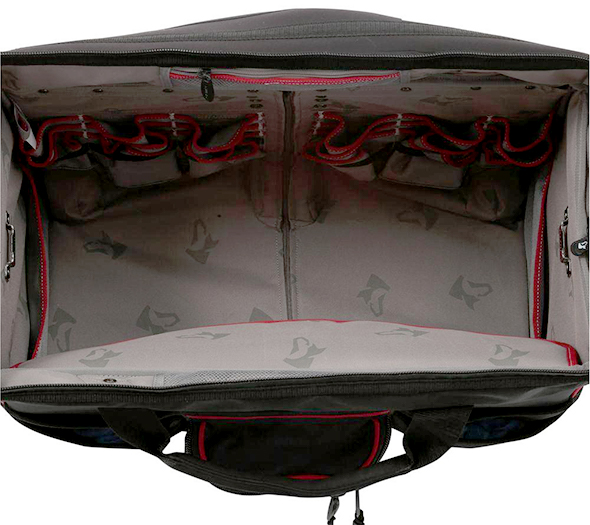 The inside compartment is cavernous. That’s seriously the only way to describe it. 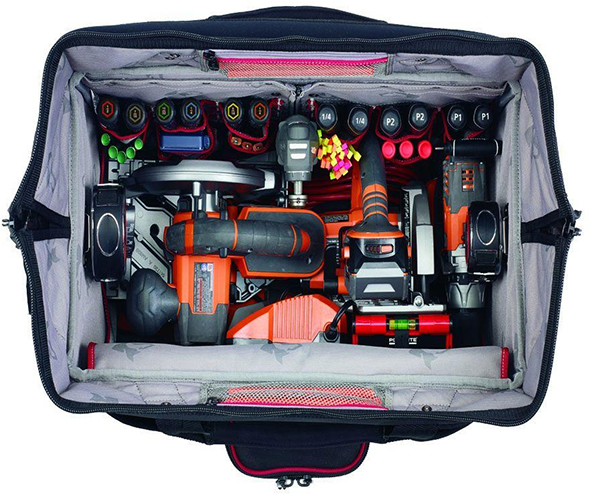 Here’s a Husky mock-up of what you could fit inside the bag, and it’s fairly accurate. It can fit a lot more tools than that if needed, but probably not without sacrificing organization and ease of access. 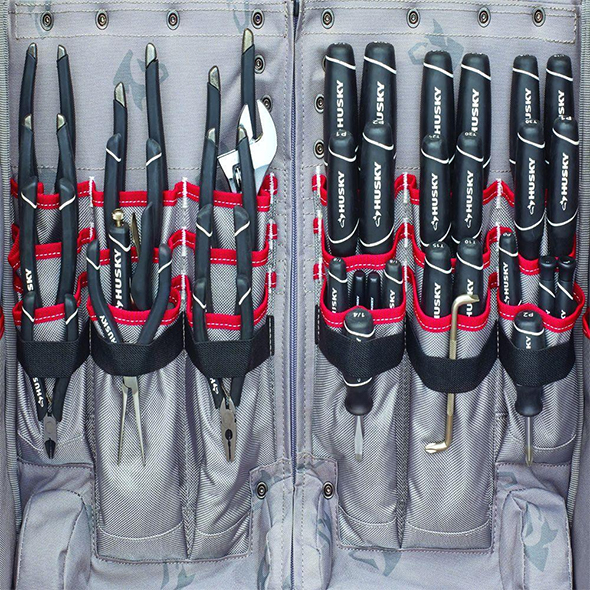 The pocketed side can sort and separate quite a few hand tools for easy access, and it keeps them off the bottom where they might otherwise be trapped by larger tools. 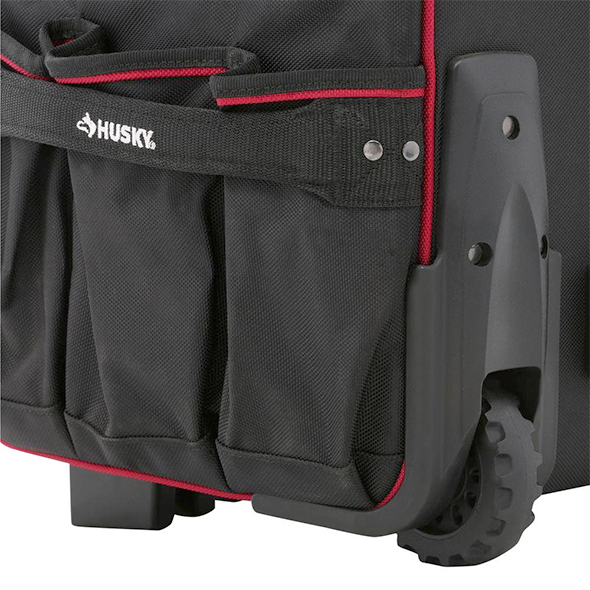 The wheels are small, but appropriately sized, and there’s plenty of reinforcement.

There are lots of nice touches, such as larger easy-pull zippers, and a large neoprene (or neoprene-like) flap that folds over the main zipper for added water resistance.

The Husky 22-inch rolling tool bag probably won’t substitute technician’s smaller rolling tool bags. But for users who simply need more capacity, such as those who might carry a tool backpack, and rolling tool bag, and shoulder bag simply because no one bag can hold all their stuff, this might be the last tool bag they need.

I don’t recall the weight spec, and don’t have a scale handy, but would say that the bag feels like it weighs 28-35 lbs, empty. It’s a little awkward to carry long distances, but that’s what the roller wheels are for.